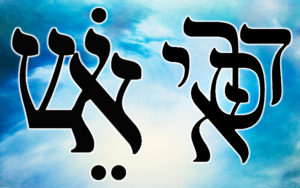 Someone I care very much about happens to be fascinated with names. And words. And languages. By age nine, this interesting person had already accumulated half a dozen baby-name books. Not because she was obsessed with motherhood, but because the actual names, their pronunciations, and their origins transfixed her.

Quite often I would leave home for work-related travel, and would bring back gifts: little shampoos from a hotel, a monogrammed hat with the first letter of her name, and even magnets for the refrigerator.

None of these little doodads would be as impressive to this little girl, however, as a new name that I had retrieved for her. Many times, my young lady had already heard it, and would tell me whether it was Celtic or Latin, or perhaps Hebrew.

Such a fascination with words was like a happy disease; her enthusiasm infected me. I began actively looking for interesting names instead of merely noting when I happened upon them. This was the genesis of the Looking for Dei’s magic system – words have power. The magic system is heavily based on runes - pictures with meaning. Runes are often on the periphery of fantasy novels, rather than front-and-center, making this world quite different.

A quick history lesson: the earliest runes in our world date back to Germanic peoples in the second-century AD, and were eventually replaced by Latin symbols. Our word rune comes from Old English and Old Norse sources. The Old English rūn meant, ‘a secret, a mystery.’ The Old Norse rúnir meant, ‘magic signs, magic lore.’ Fun stuff!

With that said, the runes in this book look nothing like the original symbols; they are more Hebraic than Germanic. I like the design of Hebrew characters, and I imagine their curly styles to be more artistic than the straight, simple designs of traditional runes. Still, the mysterious nature of their meanings is of great use in the story and gives a scriptural or cabbalistic allusion as well, consistent with the novel’s backstory.

Above you'll find two runes from the book!