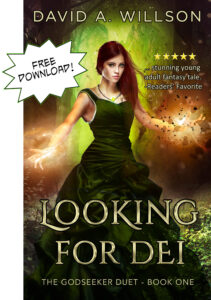 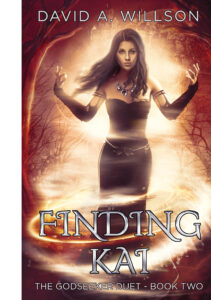 "Willson writes in a simple prose that delicately summons his fantasy world to life."
-Kirkus Reviews

"... one of the best fantasy novels I've read in a long time."
-Online Book Club Review

From Book One (Looking for Dei):

Magic, adventure, and a search for the divine…

Fifteen-year-old Nara Dall has never liked secrets. Yet it seems that her life has been filled with them, from the ugly scar on her back to the strange powers she possesses. Her adoptive father refuses to say anything about her origins, and soon, she and her best friend must attend the announcement ceremony, in which youths are tested for a magical gift.

A gifted youth has not been announced in the poor village of Dimmitt for decades. When Nara uncovers the reason, she uses her own powers to make things right. The decision sets her on a path of danger, discovery, and a search for the divine. In the process, she learns the truth about herself and uncovers the biggest secret of all: the power of broken people.